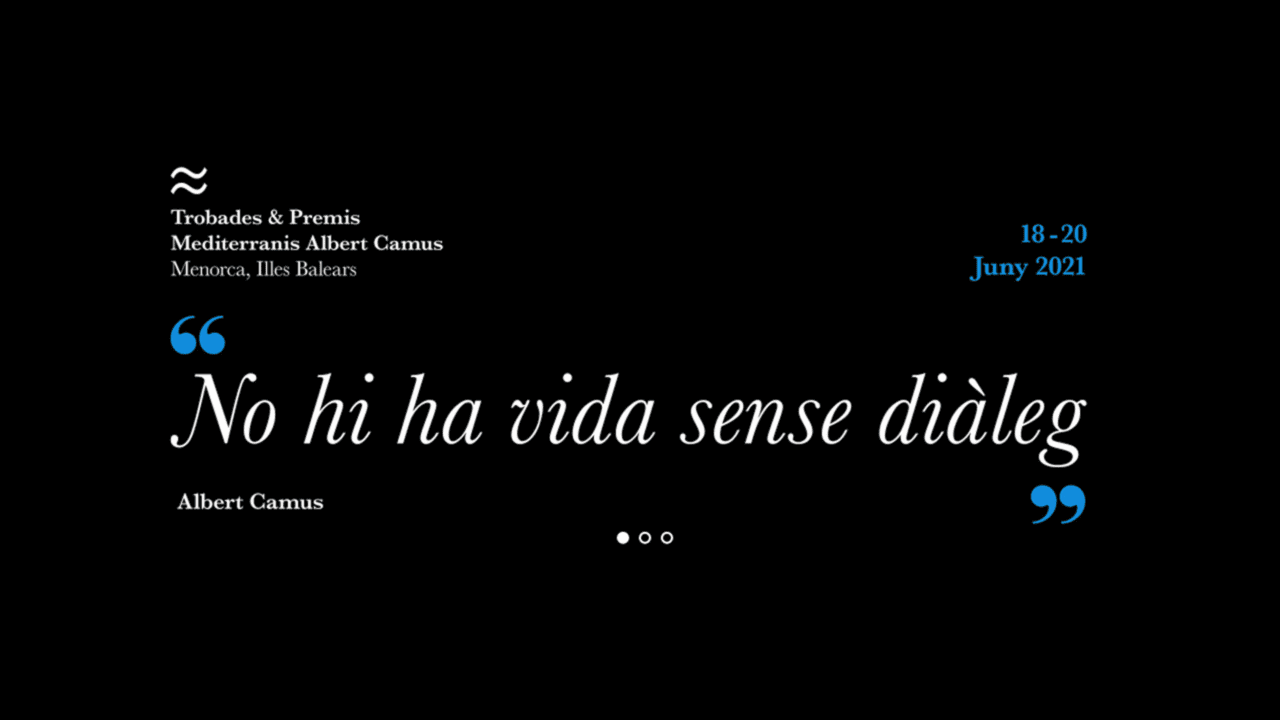 Convinced of the need to create spaces for reflection and critical resistance, the Trobades & Premis Mediterranis Albert Camus present a new edition, to be held in Menorca this spring 2021 under the title “No life without dialogue”. (María Pagés)

During the first Trobades, in 2017, we reflected on the search for a homeland, an Ithaca understood as that harmonious place far from which man suffers a feeling of exile.

In 2019, during the second Trobades,  we explored with Camus the paths of rebellion. But rebellion can lead to violence and, in order to avoid this risk, Camus redoubles his humanism: “To serve the future of the world, we must oppose the morality of dialogue to the morality of murder”, because “the time has come, for Europe and the world, to unite the forces of dialogue against the ideologies of power”.

And from that force arise the III Trobades Mediterrànies Albert Camus, which will take place in Sant Lluís on Saturday 19th and Sunday 20th June 2021.

María Pagés will participate as a speaker in the panel “Art cannot be a monologue” together with the singer Noa and the writer Najat El Hachmi.